Presented jointly by the university and The Association of Former Students, this award recognizes Aggies who have achieved excellence in their chosen professions and made meaningful contributions to Texas A&M University and their local communities. 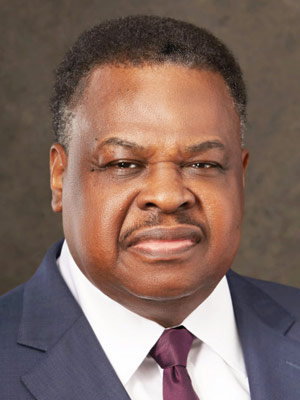 Texas A&M taught Bill Mahomes ’69 that, “I was tougher and more resilient than I knew. That life may or may not have always been fair, but how I respond and feel about it is the real test, not the action itself.”

As the first Black student to complete four years in the Corps of Cadets, Mahomes experienced his share of tests. Growing up in Lindale, Texas, he attended segregated schools before coming to the recently integrated Texas A&M. He was the first in his family to attend college, and at the time, he struggled with a speech impediment. However, Mahomes was determined to uphold A&M’s values, even when others didn’t. He graduated with a finance degree, participating in the Cadet Honor Council among other student organizations. Mahomes went on to earn his Juris Doctor from the University of Texas in 1972, serving as vice president of the Student Bar Association while there.

In his distinguished legal career, Mahomes has spent over 30 years specializing in public finance, real estate and commercial transactions. He is the former managing partner, president and director of Mahomes Bolden PC, and is currently a partner at Bracewell LLC. He is also the general counsel and executive vice president for Vista Bank. Some of his most notable clients include the city of Dallas, DFW International Airport and the Texas Turnpike Authority.

Mahomes has served on the boards of over 25 different civic and charitable organizations, including the Salvation Army, the Dallas Legal Service Corp., the Bethlehem Foundation and Blue Cross Blue Shield of Texas. In 2015, Mahomes was appointed to The Texas A&M System Board of Regents, where he continues to serve. He was reappointed and named vice chairman of the board in 2021. Bill and his wife, Pam, have two children.